We just released the latest version of the game based on many of the comments from this forum.  Navigate on Drop Box to the same link I provided you when you purchased, and download the two files.  The larger one is the new version, and the smaller one is a readme text file listing the changes (duplicated below).  Contact me if you have lost the link, and I will provide you the link if you are in our database.

Note that there are now 85 battles out of a total of 102 planned.  At $50 for the game, that works out to $0.59 per battle, a good value.  And I want to reiterate that I will not stop until all 102 battles, including the Campaign battle is complete.  I made some progress on that one, but nothing ready for release.  Also note that I included the text files used to create the battles in this release for the first time.  Battles can be easily modified to fit how you want to play.

Hope everyone had a Merry Christmas and are looking forward to a very Happy New Year.  The week between Christmas and New Year is my favorite wargaming time of the year, and I wish this for you.

1. Added text to Help. Section 5.0 Game Combat Operations Rules, section 5.1.7 stating that
a unit is eliminated if its combat losses are >= to the unit DF.

2. Hex coordinates will stay enabled unless reset from the Windows menu.

3. Enemy ZOC exerts a +1 enemy unit move penalty per the rules.  Was +2 in selected cases in
previous versions.

4. Added an artillery advantage in both attack and defense.  +2 for each artillery unit.

5. Five new scenarios have been built.  #89 Karelian Isthmus, #90 German Withdrawal from Finland,
#92 Lwow-Sandomierz-Brest, #93 Breakthrough to Romania and #94 Breakthrough to the Baltic are
included in this version.  85 of 102 scenarios are now complete (83.3%).

I Displays all units with default attribute (unit type) on map

W toggles Weather display on and off

11. Fixed Reports so that second column of combats are now displayed.

12. Fixed road and railroad indicators in terrain array for hex 292, 149 (one hex north of Smolensk).

Reminders of past changes (addresses some of the comments received on Dogs of War: 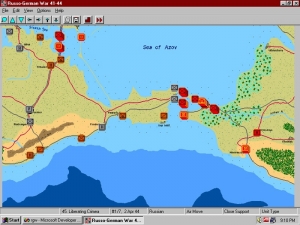 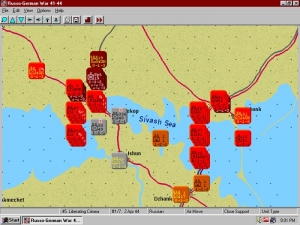 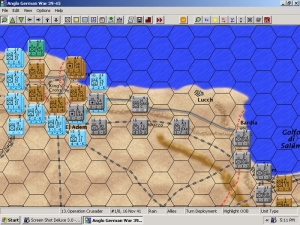 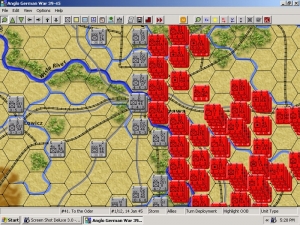 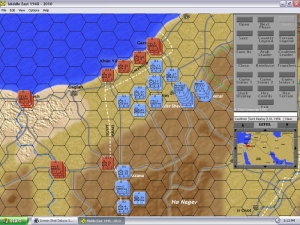 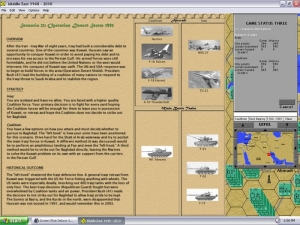 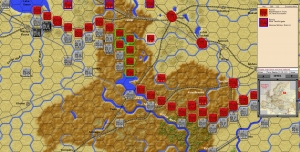 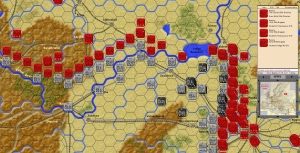 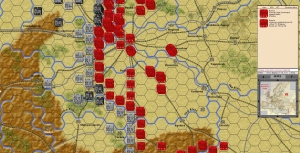 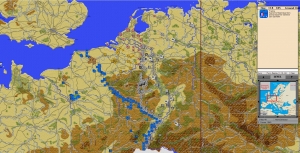 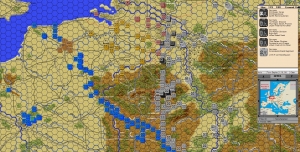 The scale and grandeur of the Russian effort mark it as the greatest military achievement in all history.